The environmental perspective in agriculture is one of the issues of paramount importance for the European Union. In this regard, one of the most serious environmental problems that threatens the sustainability of agricultural ecosystems in Europe is the degradation of the soil, considered an Agri-environmental goods for the development of crops.

It is estimated that approximately 11.6% of all erosion-prone lands in the European Union were affected by moderate or severe soil erosion (more than 5 tonnes per hectare per year) in 2016; 80% being agricultural areas and grasslands (EUROSTAT, 2020) 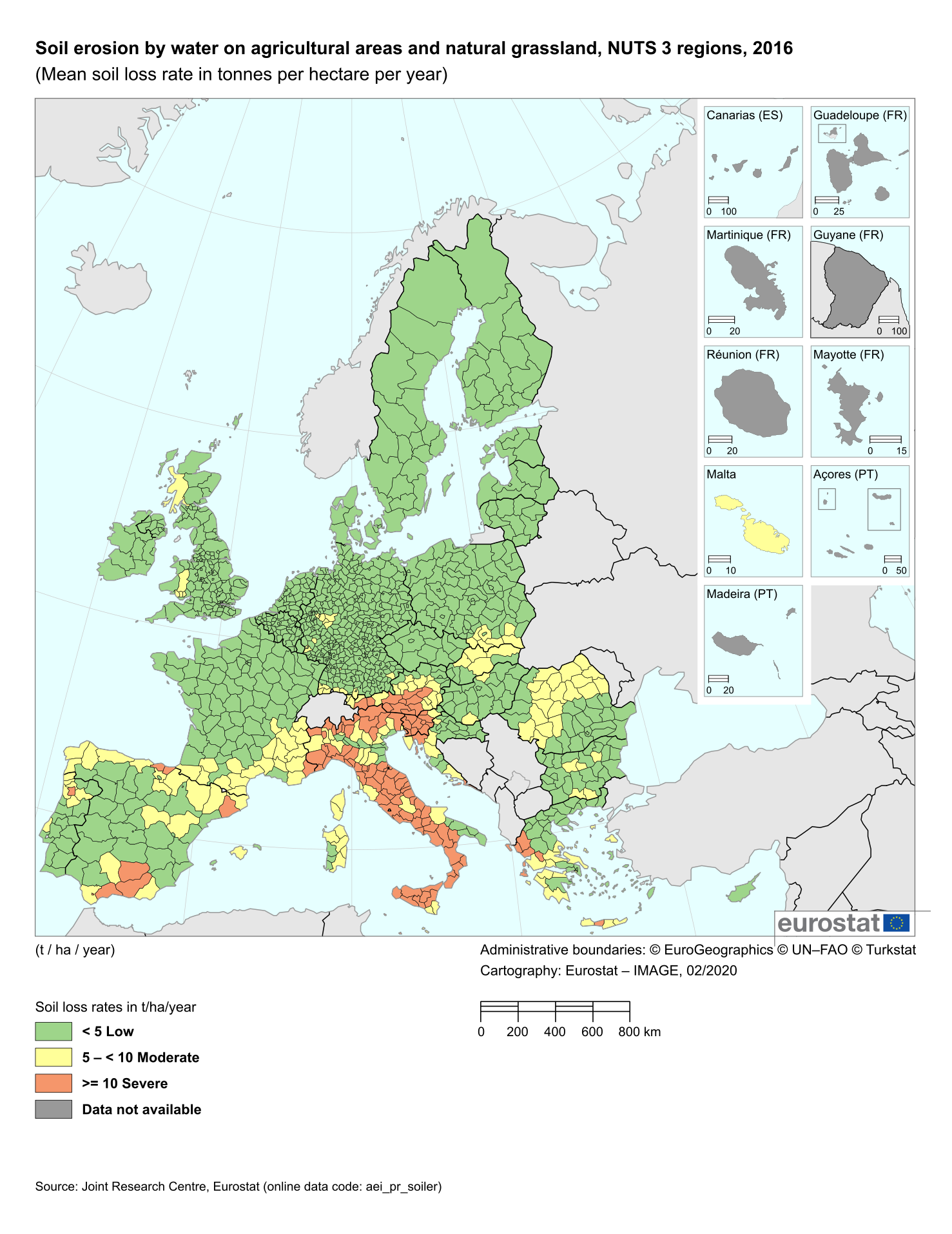 One of the consequences of soil erosion is the loss of organic matter and Soil Organic Carbon (SOC). Taking into account that SOC is capital in all the processes that occur in the soil and in its quality, since it improves its structure, fertility and water storage capacity, a low content of this element constitutes a problem for the productive potential of our soils. Thus, Loveland and Webb (2003), in a review of the critical values of organic matter in agricultural soils of the temperate area, suggested that a carbon content of 1% could represent the threshold below which the production of crops it would be compromised, even supplying synthetic fertilizers. These same authors state, in the same study, that below 2% COS content.

Another challenge that the agricultural sector faces is climate change and the need to mitigate it, as well as to contribute to the adaptation of crops to its effects. Not surprisingly, agriculture is one of the socioeconomic sectors most dependent on the climate, since most of the productivity and quality of agriculture depend directly on different climatic factors (McArthur, 2016).

It should be noted that in recent years the significant emissions of CO2 and other Greenhouse Gases (GHG) caused by soil tillage, in particular investment (moldboard plough, disk harrow), have been clearly highlighted. Historically, intensive tillage of agricultural land has caused substantial losses (from 30% to 50%) of soil carbon (Davidson et al., 1993). These CO2 losses are due to soil fragmentation caused by tillage, which facilitates the exchange of CO2 and O2 from the soil to the atmosphere and vice versa. Likewise, the energy consumption associated with the different agricultural practices (tillage, application of fertilizers and amendments, irrigation, phytosanitary treatments…) is carried out, basically, with the use of fossil fuels, especially diesel, which implies, unavoidable GHG emissions into the atmosphere. Thus, tillage implies a greater consumption of fossil fuels, which leads to greater atmospheric pollution, due to the emission of CO2 from said combustion, with the consequent potential effect of this pollution on global climate change.

These environmental issues have been addressed in the agricultural sector through the successive reforms of the CAP since 1992. In this sense, the CAP (2014-2020 and Post-2020) clearly favors agricultural systems that make a responsible use of resources natural resources for the production of quality food, posing not only economic challenges (food security, lower crop productivity, price volatility and economic crises), but also environmental (water and air quality, avoiding soil degradation, improvement and conservation of habitats and biodiversity and reduction of greenhouse gases) and territorial (diversify European agriculture and revalue rural areas).

1 thought on “The environmental perspective of agriculture”