Once again, the CONSOLE project has had space in the specialized media, as is the case of the CountrySide magazine that has been disseminating information related to land managers and rural owners for almost 20 years.

Our partner Flora Amery, from ELO (European Land Owners’ Organization) begins the article by giving an idea of ​​what is and also about the main objectives of the CONSOLE project. Likewise, she exposes the inconveniences presented to carry out the Third Meeting of the CONSOLE project as a consequence of the crisis generated by COVID-19.

This meeting, which was scheduled to take place March 18-20 in Brussels, was finally held virtually (online).

At the Third Meeting, as Flora magnificently exposes, topics related to CONSOLE project partners were discussed, among which the development and presentation of FactSheets of each European case study and beyond stands out.

Due to the interest, we can’t stop animating and reading Flora Amery’s article so much; like all interesting articles developed by CountrySide contributors.

The European Parliament’s Department of Structural and Cohesion Policies has developed an in-depth analysis of the possible implications of the Farm-to-Fork Strategy (F2F) for agriculture and the CAP and, as a result, in the legislative work of the AGRI Committee during the period 2020-2023.

Remember that on November 28th, 2019, the European Parliament approved a resolution declaring a climate and environmental emergency in Europe and worldwide, before the UN Conference on Climate Change (COP25) held from December 2 to 13. In a separate resolution the same day, the European Parliament also called on the EU to present its strategy to achieve climate neutrality as soon as possible, and by 2050 at the latest, to the United Nations Convention on Climate Change.

Likewise, the Communication of the “European Green Agreement”, published by the European Commission on December 11, 2019, launched the debate on the strategy to become “the first climate-neutral continent in the world by 2050.” And from there, on January 15, 2020, the European Parliament adopted a new resolution that welcomes the initiative.

MEPs called for an increase in the EU greenhouse gas emission reduction target of 2030 to 55% compared to 1990 levels. The EP resolution also stressed the importance of strengthening social dialogue at all levels and sectors to guarantee a fair and inclusive transition to a climate neutral economy.

Finally, MEPs requested that the Commission analyzes the contribution of the CAP reform proposal against the objectives established in the European green agreement.

According to this report, the European green agreement goes far beyond climate policy. It includes a new EU sustainable growth model that emphasizes that decarbonisation, sustainability, protection of natural resources, public health and economic competitiveness must go hand in hand.

But the COVID19 crisis appeared, and the measures and investments of the EU Green Agreement can become strategic “building blocks” that support the post-coronavirus recovery. Therefore, the comprehensive Green Deal package defines the key policy guidelines of the von der Leyen’s Commission for the next five years. The new EU flagship framework confirms the need for an intersectoral, coherent and holistic approach, but also a territorial dimension, which is crucial for agriculture resources and biodiversity.

So, in this publication of the European Parliament, you can find information related to the Farm-to-Fork Strategy: scope and guidelines:

If there is any project that is closely related to the CONSOLE project, it is the Contracts 2.0 project.

What is Contracts 2.0 project?

Contracts 2.0 is a European Union (H2020) funded project that works on contractual solutions that provide the right incentives to farmers and land managers to produce more environmental public goods, but will also allow them to reconcile the profitability of their farms with the objectives of sustainability.

According to Contracts 2.0, many farmers currently struggle to maintain the economic viability of their farms, facing serious trade-offs between short-term profitability and sustainable production. And to reduce compensation, better contract-based approaches are urgently needed to provide tangible support to farmers through additional public and private incentives to produce a mix of public and private goods that better reflects society’s preferences.

According to the mentioned, the main objective of Contracts 2.0 is to develop novel contract-based approaches to incentivize farmers to increase the provision of environmental public goods alongside private goods.

Newly developed contract-based approaches should be more environmentally efficient, economically viable for farmers and support the duration of contractual agreements.

The project is being developed by 27 partners from public and private entities from all over Europe, coordinated by Bettina Matzdorf (Zalf), where representative case studies are being developed.

The partners of the CONSOLE project want to present you with one of the basic documents of the project: “Guidelines for the basic description of contractual solutions that aim to deliver agri-environmental and climatic public goods by agriculture and forestry“

How important is this guide?

The collection of data on European contractual solutions and those aimed at the delivery of public agri-environmental and climatic goods by agriculture and forestry is a survey with open questions to be answered qualitatively through literature, open source information and / or expert talks.

As always, yo can download the document by clicking the button

And don’t forget that you can receive news about the CONSOLE project and other similar activities by registering for our newsletter.

Climate Change is causing summers to be hotter, storms more severe and periods of prolonged drought to appear.

The European Union is quite concerned with this situation, as it has shown in the report << Climate change adaptation in the agriculture sector in Europe >> published on May 14 (link)

The report (EEA Report No 4/2019) ensures how the European agricultural sector will be affected due to climate change. Trade patterns are expected to affect agricultural incomes in Europe in the future.

Relate to this, in the future, the economic value of European agricultural land may change significantly due to a combination of these cascading impacts. The magnitude of these impacts also depends on the emissions and the socioeconomic scenarios applied. 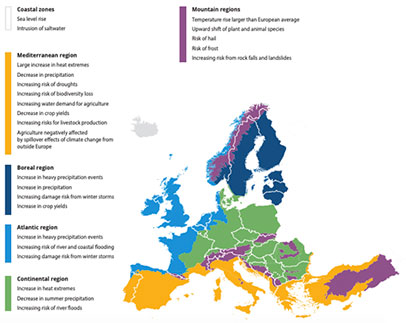 Feeding more than 7,000 million people in the world (Woldmeter) has become a challenging task for the governments of the world, trying to increase the productivity of agricultural spaces.

However, the increase in agricultural activity has caused several damages to the environment.

The European Union is aware of this fact, and has promoted a project that seeks increased productio 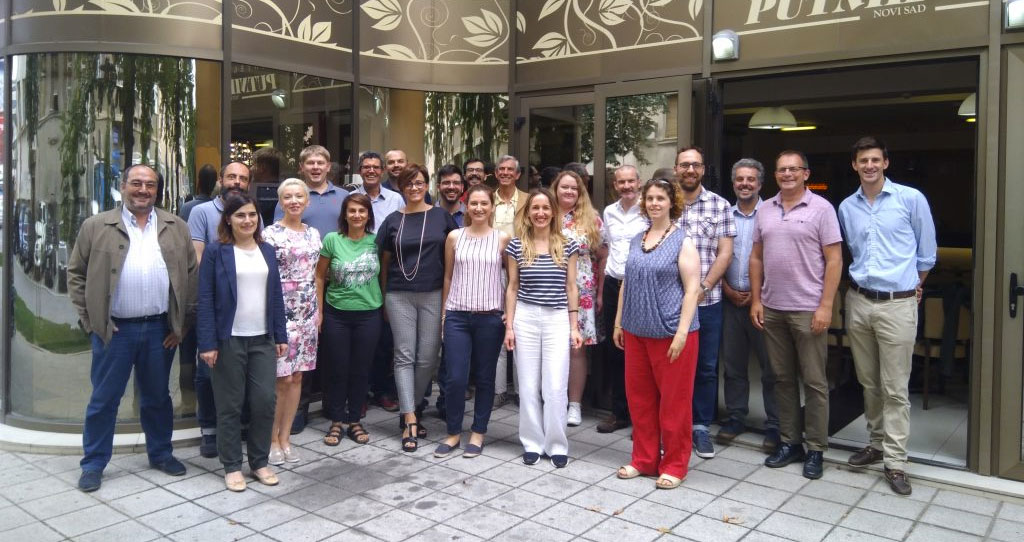 n through sustainable and economically viable solutions through the Common Agricultural Policy (CAP).

EU farmers must comply with cross compliance rules, regulations and legislative obligations to receive payments. Failure by farmers to comply with the rules can lead to the reduction or even the cancellation of their agricultural aid and rural development payments.

In this circumstance, the CONSOLE sister project RE.CAP was born, which aims to develop improved remote monitoring of CAP obligations and complementing the inspection procedures in the field, eliminating several of the affected loads.

In addition, RE.CAP will offer farmers a tool that will help them comply with the regulations imposed by the CAP, personalized information to simplify the interpretation of complex regulations and early alerts on possible non-conformities. RETRIEVE agricultural consultants to access the data available on the platform, subject to security and privacy policies, and develop their own services within the platform using design tools, libraries and communication with the database under an open approach.

Therefore, RE.CAP increases the efficiency and transparency of the procedures of public authorities when implementing CAP. It offers personalized services to farmers for better compliance with CC standards and enables the development of new value-added services by agricultural consultants through the combination of remote satellite sensors and user-generated data on one platform.