On the 29th of January, IoF2020 & SmartAgriHubs will organise a high-level event in the European Parliament in Brussels, hosted by ECR Group. The event will highlight project achievements and contributions to EU agriculture, as well as look to the wider world of new agricultural techniques and their future. The meeting will convey important speakers from the agri-food sector alongside representatives from the EU institutions.

CEMA is glad to announce Dr Ivo Hostens, CEMA Technical Director, will participate as speaker session II: Role of data management and how to enhance the adoption of smart farming technologies.

10.00-10.45h Session I: EU Agriculture and food challenges: the role of digitalization

10.50 – 11.35h Session II: Role of data management and how to enhance the adoption of smart farming technologies

11.40 – 12.35h Session III: Long term vision for the EU agriculture, CAP reform and the place for smart farming: how will it benefit the EU citizens?

One more time, the press in which is specialized special in agriculture issues, such as online magazine EUROACTIV, echoing the demands and needs of farmers in science is done to achieve a Green New Deal.

The Common Agricultural Policy (CAP) reformed, aim to transform the agricultural sector in Europe, guarantee that its food security of society and preserving the environment and human health; working to make the EU carbon neutral.

There is no doubt that climate neutrality will bring significant opportunities, such as the potential for economic growth, new business models, new forms of work and technological development”. Research, Development and innovation (RDi) will play a key role.

It’s not about money

Joanna Dupont- Inglis, general secretary of the European Association of Bioindustries (EuropaBio), told EURACTIV that the conversation around the CAP often discussed the provision of financial support to farmers.

However, it expects the development of pro-innovation policies that can stimulate sustainability in agriculture for the benefit of farmers, citizens and the environment, adding that the adoption of modern agricultural methods, such as the application of biotechnology.

Therefore, Dupont- Inglis said he hoped that the Commission “will do more to deliver practical and science-based rules for products resulting from agricultural biotechnology,” and especially stressing the importance of the Commission eliminating “scientifically unjustified regulatory requirements for transgenic crops “.

Partners from the University of Bologna, with researchers from the CREA[1], among which we highlight the leader of the CONSOLE project, Davide Viaggi; recently published a journal article for maximum interest for the management of agricultural areas. The scientific article is entitled “The value of information for the management of water resources in agriculture: Assessing the economic viability of new methods to schedule irrigation“; and was published by the magazine “Agricultural Water Management” (Vol 227, 20 January 2020). This research develops a methodology to assess the comparative advantages of new methods for planning irrigation with respect to specific irrigation practices. The methodology consists of a comparative cost-benefit analysis based on the information value approach that allows analysing whether an improvement in the information available to farmers generates economic benefits.

The results reveal that the introduction of the alternative method improves the performance of irrigation practices in Mediterranean regions that are characterized by high climatic variability and for those crops for which the consequences of not complying with the predictions are relatively low (i.e., tomato instead of corn, drip irrigation crops instead of sprinkler irrigation crops).

Under favourable conditions, the use of alternative technology generates a 0–20% increase in gross margin and a 10–30% saving in water compared to irrigation practices. The study concludes by addressing the conditions that justify the use of advanced information systems to program irrigation controls and detect some policy recommendations to boost their adoption.

In order to obtain the research, it can visit their scientific journal “Agricultural Water Management” webpage or apply through ResearchGate platform.

[1] Council for Agricultural Research and Economics

The countdown begins, so that a new year begins, it is time to take stock of everything that was achieved and, above all, what we want to achieve.

According to the twenty-fifth Conference of the Parties (COP25), the Climate Change is a cross-cutting issue that affects different areas, including agriculture and forests.
This is determined in the agreement “Chile-Madrid Time to Act” with which the COP25 of the United Nations Climate concluded on Sunday in Madrid.

The agreement sets the stage for greater ambition in the face of the climate emergency and opens a new cycle in these actions-based United Nations meetings and that all participants do faster and faster. 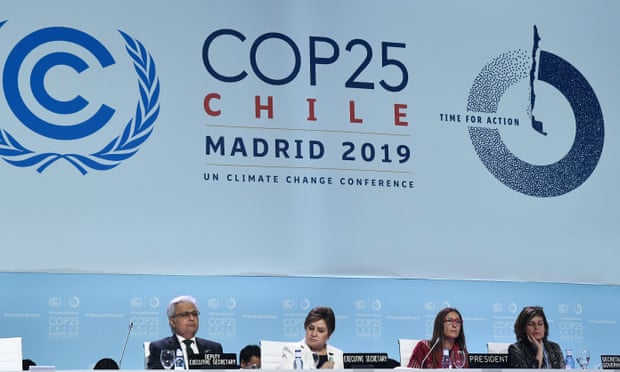 These are ten of the main keys of a document and a summit organized in record time, with discrepancies between negotiators and which, in line with previous meetings, has required extending negotiations for two additional days.

The negotiation started on Monday 2th, should have been closed on Friday 13 th and ended on Sunday 15 th

Increasing the ambition of countries in the face of Climate Change has been one of the key themes of this summit. The first draft was described as insufficient and criticized by several countries and non-governmental entities for not delving into this matter clearly. After its reformulation, the agreement calls for an increase in the ambition of the commitments to combat climate change following the calendar set in the Paris Agreement. Lays the groundwork for 2020 countries to make more ambitious emission reduction commitments (NDCs) to respond to the climate emergency in the face of the Glasgow COP26.

The Chile-Madrid agreement of COP25 recognizes that climate policies must be permanently updated based on the advances of Science. It also recognizes the role of the United Nations Intergovernmental Panel on Climate Change (IPCC) and thanks the two special reports published by this agency in 2019, on land and ocean use.

The Madrid summit confirms that the fight against climate change is a cross-cutting issue that affects areas such as finance, science, industry, energy, transport, forests or agriculture, among others.

Ministers from all fields and numerous countries have shown at the COP25 in Madrid that they assume the climate agenda as their own.

These points have been two of the most debated in the plenary, given Brazil’s attempt to withdraw the article, although it finally joined the general position. The text recognizes the importance of the oceans in the climate system and in response to the IPCC special reports published during 2019, the Climate Convention will hold a dialogue on oceans and another on land use a June 2020 session.

A new Gender Action Plan is agreed to promote the participation of women in international climate negotiation, develop measures to respond to the unequal effect of climate change on women and girls, and promote their role as agents of change towards emission free world. It will be valid until 2025 in which it will be reviewed.

The agreement contemplates giving guidelines to the Green Climate Fund so that, for the first time, it allocates resources against the losses and damages suffered by the countries most vulnerable to extreme climatic phenomena. This was one of the most requested issues of small island states that suffer more directly from these effects.  Urges developed countries to provide financial resources to help developing countries.

The regulation of carbon markets has been one of the most debated issues during this COP (development of article 6 of the Paris agreement). Initially included in the document, its debate was finally decided separately. Many delegates had anticipated that a non-agreement is better at this point, rather than a bad agreement.

In the words of the Spanish minister Teresa Ribera “COP25 is a reaffirmation of the value of multilateralism and international cooperation to solve a global challenge such as climate change.” “Even in complex global contexts, COP25 has not dropped the climate agenda at a fundamental time for the implementation of the Paris Agreement. On the contrary, he has exhibited an activist multilateralism.”

The importance of the social dimension at COP25 is recognized and that people must be at the centre of the response to the climate crisis. In this sense, the agreement “Chile-Madrid Time to act” reflects the “imperative” that the transition to a world free of emissions should be fair, and promote the creation of decent and quality employment.

Negotiators recognize the importance of non-governmental actors in climate action and invite them to increase their action. The existence of a global governance framework such as the Paris agreement and its rule book means that COP’s are no longer forums for setting rules, but a new cycle is opened based on all participants doing faster and faster.

Deliverables at your disposal

For this week, you can access the documentary information related to the CONSOLE project (link).

From our resource’s website, you will be able to access all the necessary information to inform about the strategy and evolution of the CONSOLE project.

Deliverables are essential elements in the dissemination strategy of any European project, and are developed by the team members themselves led by the coordinator, in the CONSOLE project case by Professor Davide Viaggi.

What is a deliverable?

A deliverable can be defined as any output created as a result of the work done during a project. Defining, tracking and managing project deliverables is one of the most important responsibilities of a project manager.

In summary, it is the report resulting from an action, for example, the development of this Blog that you are reading at the moment. This is the important result of direct execution and project management in the area of project integration management knowledge.

You will know that there are two types of deliverables: [1] the internal or internal deliveries that make a project run, but without being part of the “product” that users want to see, and [2] external; those that are ready for users.

In any case, you can already enjoy the Deliverables. And if you have any questions or suggestions you can contact us.